I just realized that I’ve somehow created a “thomaslopinski” account that is connected to a “thomas.lopinski” account. I’m not sure if this is just a normal function of gmail or if I surreptitiously wiggled my way into the inner workings of some cyber hacking network without even trying. Are these accounts two brothers from a different mother or fraternal twins?

I didn’t give it much thought until a company wouldn’t send me the information I needed to do serious “things” to another account because my email addresses did not match exactly. Now I’m somewhere between here and there with no place to go. I feel like Robert DiNero in “Brazil” living on the edge of a society that doesn’t know he exist and then being obliterated by a paper trail of zeros and ones.

Please help! Are there any IT geeks out there who can humor me with a layman’s explanation on what I did or need to do to rectify this horrible misfortunate error? 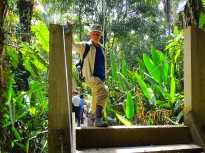 I’ve been missing in action this past month but there is a good reason for it. First, I spent two weeks hiking in the Andes Mountains in Peru, visiting ancient sites and swatting bugs in the Amazon Rainforest…with very little Internet access.

Then I had to bury one of my best friends the next week. Yes, he was the inspiration for one of the characters in my latest novel.

Needless to say, I haven’t felt like writing for a few weeks. That will change soon. On a good note, I just received a wonderful review of “The Art of Raising Hell” from Readers’ Favorites. If you’re not familiar with them, please check it out.

Since we’re on the subject of Bradbury, here’s another one: “Many people hear voices when no one is there. Some of them are called mad and are shut up in rooms where they stare at walls all day. Others are called writers and do pretty much the same thing.” 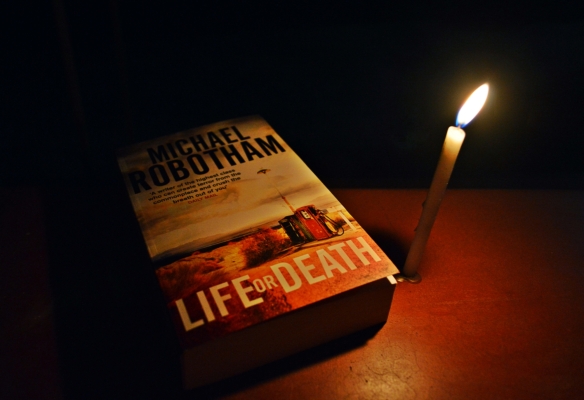 Posted from WordPress for Android

Really good advice for everyone

Finding a narrator to create an audiobook is no fun. Any author who has used ACX knows exactly what I’m talking about.

I must have searched through 2,000 auditions trying to find the right voice…and price. Oh yes, there are wonderful voices out there, but will they roll the dice with you and narrate your book for nothing but hope that you’ll split thousands of dollars in royalties later? Probably not, and I can’t blame them.

I’d actually given up looking after countless auditions and solicitations. There was the narrator who was fantastic, but sounded like my grandfather. Did I mention that a teenager narrates my novel in first person? Then there were the narrators who sounded great, but just didn’t know when to pause, when to sigh or when to run with it.

Then came along L.J… In my last hour of desperation, when I was ready to scrap the whole idea, L.J. Ganser sent me an audition recording that sounded like a chorus of angels. He went on to record the whole book in two days and created a masterpiece. If you don’t believe me, please take a listen.

I just want to get out my guitar and put a melody to these words. Wonderful!

I recently spent two weeks in Peru tromping through the jungle and climbing mountains higher than any sane person should climb, but the thing that impressed me the most was their coffee. 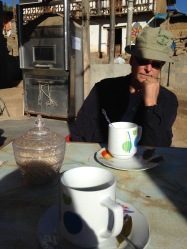 It was so smooth and rich that I’m finding it hard to drink the watered down mush we drink here in the States. Someone please tell me how to find a coffee maker/press that will duplicate their local brew.

This is what I’ve been wanting to say for years.

If a given vehicle is such a supreme piece of safety-violating crap that the only legal reason it should be on the road is if someone is hauling it to a salvage depot, this vehicle will instead be driven to the nearest Wal-Mart. The belching contraption will then be utilized to further undermine society in a number of ways.

It is apparently mandatory that the deathtrap be driven by an individual so incredibly impaired that it will take at least two hours to simply park the car. And this grueling feat of endurance usually follows the same mind-numbing pattern. First, the idiot heads straight toward the front of the store, as if there has ever been an available parking slot that close to the entrance.

The car will rumble in place for roughly twenty minutes, sitting right in the middle of the pedestrian crosswalk, forcing everyone…

My latest novel “The Art of Raising Hell” has made the short list of best literary fiction novels for 2015!!!!

I bet if they if they did a little more research, they’d find that many of those who cheated on their spouse and were caught met a swift death.

The Return of the Modern Philosopher

A new study published by Western Maine Medical Center, in conjunction with the University of Maine in Bar Harbor, refutes the longtime claim that cheaters never prosper.

According to the report, 73% of Mainers who were classified by researchers as “having cheated death” also admitted to having been unfaithful in a long term relationship.

“We stumbled upon this theory quite by chance,” Dr. Jennifer Altman, who heads the WMMC Research Department, told this Modern Philosopher.  “Three years ago, our Emergency Department saved the lives of a couple horrifically injured in an automobile accident.  We assumed they were married, but when their respective spouses showed up in the ED, we realized we had been wrong.”

According to Dr. Altman, one of the nurses sarcastically grumbled about cheaters cheating death.  That comment stuck with one of the doctors, who recalled a case from a few months earlier where a woman almost died…

The Art of Raising Hell

It's all about Inspiration

Inspiration is our vision as it is the key to success. We assist in Life Improvement, Motivation, Personal Development, SEO, Marketing Tips and Blogging

A daily selection of the best content published on WordPress, collected for you by humans who love to read.

Astral Lucid Music - Philosophy On Life, The Universe And Everything...